The county fair was a few weeks ago, and after last year’s big hurrah, I found myself feeling rather inadequate. I’m not sure if I’ve said it before here, but it took me until probably the end of spring this year to feel crafty again after that experience. I rode in cars and watched tv and went to appointments and watched Anya at storytime for months without bringing any knitting along. Sometimes I wondered if I’d ever want to do much of anything crafty again.

Don’t worry. I’m all better now. But when the fair came along this fall, and when I started to go through the list of categories (oh, remember the days when I had that list memorized?), I could only come up with four things to enter. Four. I did, however, write down probably another half dozen that I felt convinced I could come up with if I just got real busy and focused. Then I realized that was crazy, and I helped Anya find some things to enter, and I figured if I added both her stuff and my stuff together that would sort of count as stuff I entered because I made her, right? 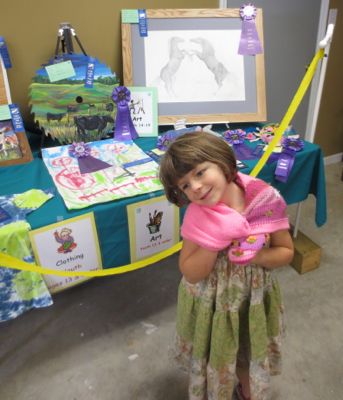 Anya, however, didn’t seem to agree with that and made sure everyone knew that SHE won $15 at the fair and her mother only won $10. Fine, kid. I see how that works. I’m storing this away for later use.

So, what did I enter? There’s an owly crewel piece: 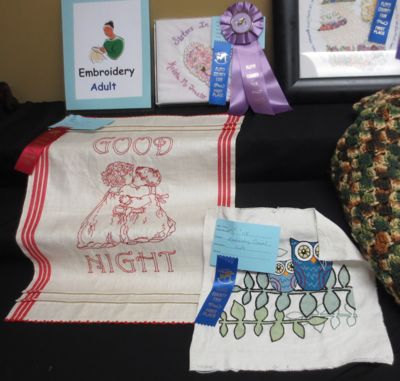 And the aviator hat I crocheted: 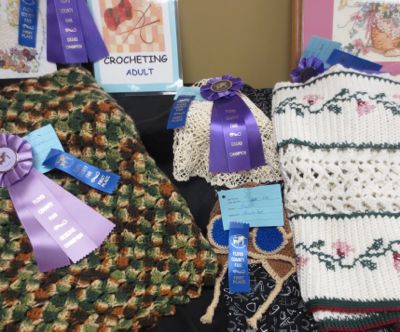 And Anya’s sweater and one of the baby hats I knitted: 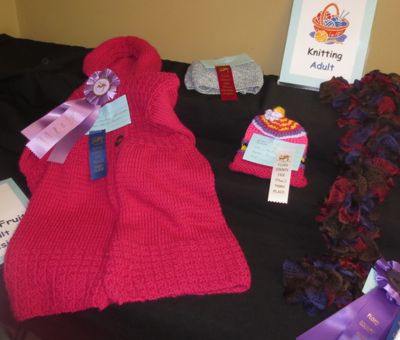 Enough of that stuff. Tiny as it was, there was more to the fair than the crafts. There were games, 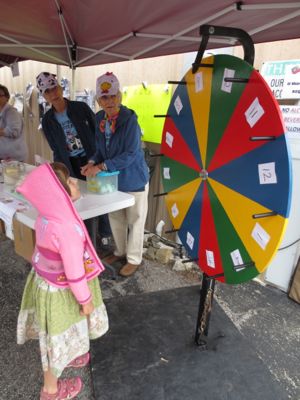 and chances for Daddy to look silly, 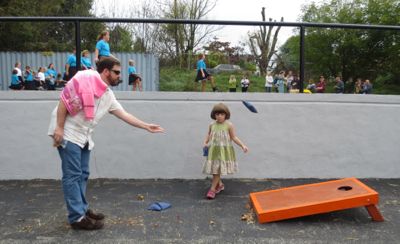 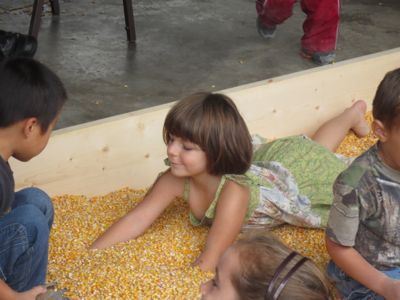 One thought on “Fair Remorse”