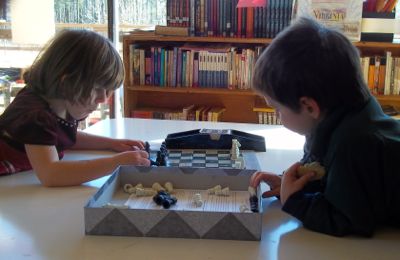 2 thoughts on “The only rule in Chess Club is…”