During his seventh month on planet Earth, Kostya: 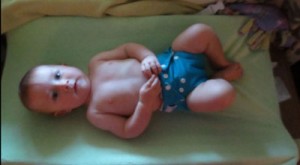 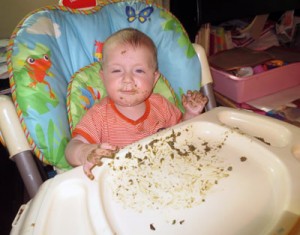 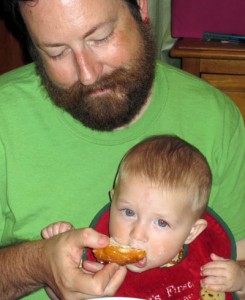 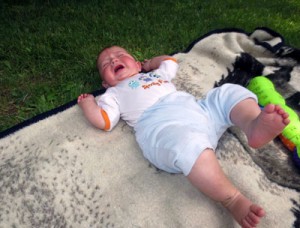 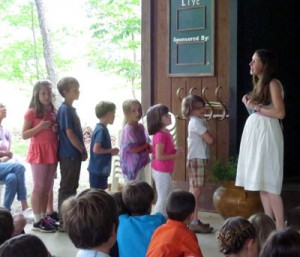 and had her first sleepover with a friend. (It wasn’t planned, and I hadn’t had time to prepare myself, and I was all with the freaking out, “Mah baybee!” After I got over the freaking, Andy and I took Hardee’s food home and watched violent television we can’t watch around Anya.) Anya also created her own tree house. There were separate rooms and a doorbell and she sat in it and read a book. 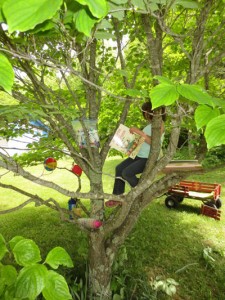 Carol bought a gallon-sized bag of buttons for $5, planted tomatoes, peppers, cucumbers, and flowers, and got a weed eater for her 16th anniversary.

Andy gave his wife a weed eater for their 16th anniversary and survived to tell the tale, and he planted a LOT of grape vines.