I think I’ve found my next new thing. Linoleum block printing. I got a starter kit for Christmas two years ago, and it’s been patiently waiting for me. When I saw that stamping was an art item, I knew immediately what I was going to do. The two little people in the image are from our Loafkeeper logo. I planned to have “Loafkeeper Farm” written under the people, but I had a tough time getting the image to transfer from my paper to the block (using carbon paper). I was able to see enough of the carbon image of the people to trace over it with sharpie, but the letters were totally lost. Plan B was to cut the letters out of cardstock with the cricut, use removable adhesive to stick them on the block, and then trace or carve. With that in mind, I left a big uncarved spot on the block. This morning when I looked at the stamp, I realized how much that uncarved spot looked like a little hill and how nicely the people seemed to be sitting on it. I curved the edges a bit and decided to leave it. I love the way it turned out. Lino blocks rock. Cheap, easy, and fun! 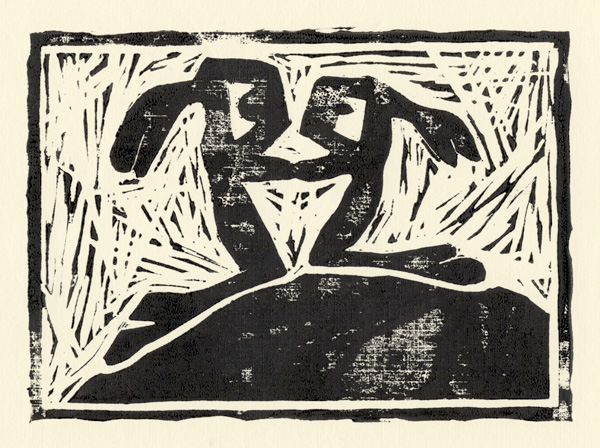