Kostya’s sixth month was a busy one for us.

We went to the National Science Festival in DC, all the grandparents visited, Anya turned 7, Carol got her first tick bite, and Andy went to Florida on business. Meanwhile, Kostya…. 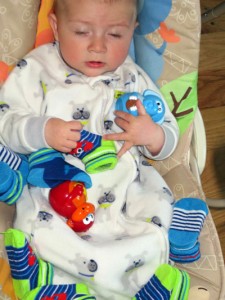 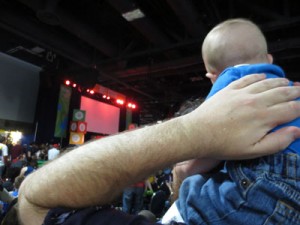 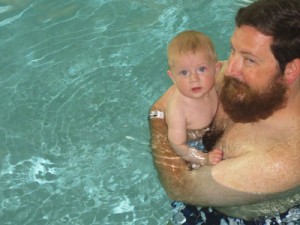 Anya tore a hundred or so pages out of coloring books, rolled them into cylinders, and tied or taped them – Easter Presents. She preformed in the local old time radio show with some classmates, 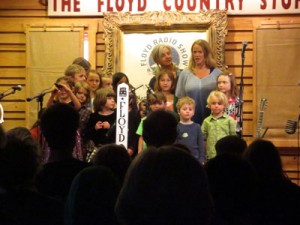 celebrated her birthday at the pool, 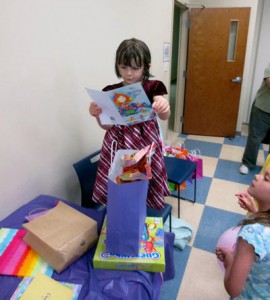 finally (FINALLY!) got to watch dvds in the minivan, drove an underwater robot at the National Science Festival, earned her white ribbon in gymnastics, and gave her brother a bath (notice the strategically placed Barbie doll). 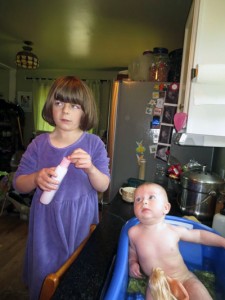 Carol reminisced while listening to They Might Be Giants, stood about ten feet away from Bill Nye, and turned a dozen people into zombies – all at the National Science Festival.

And some mice moved into Andy’s car and munched on all the fun stuff left behind from Carol’s and Anya’s and Kostya’s road trip a few months before. And then the mice pooped in Andy’s car. (Thankfully not giant poops of doom.) Andy needs to clean his car. 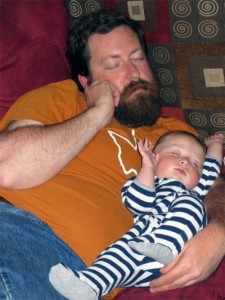